Our goal from the first day was to use our First Year Design Project as an opportunity to design a useful piece of technology that could help or enhance someone’s quality of life. We wanted to work on something cool and robotics oriented of course, but first and foremost, we wanted to make a difference.

Through our individual experiences and research, we found that the visually impaired community has been greatly underserved by today’s technological advancements. They have been unable to enjoy some of the new and interesting thing we get to use every day because accessibility isn’t always on radar for those developing it. As touch screens are becoming cheaper and easier to manufacture in custom sizes, they are being adapted to other technologies faster. From the movie theaters to self-checkout machines. Home appliances, and in-flight entertainment systems. But none of these systems have a way to cater to the visually impaired.

An interesting case we read about from A Day Through the Eyes of a Blind Woman was of a woman who couldn’t use her own coffee maker. She had to have a friend set it up to make coffee for her every morning at 6AM and show her where the buttons were on the device. If she were to wake up later the weekends, she has cold coffee, since she can’t adjust the settings without being able to read the screen. If there is a power outage and the device resets, she would have to call her friend over to fix the machine for her. This situation is not ideal for anyone and leaves the woman feeling dependent on others. 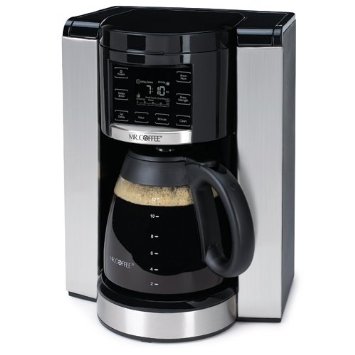 Another interesting case was from a gentleman we interviewed. He explained his issue from a recent flight he took, where he wanted to call for an attendant but couldn’t. On recent planes, the ‘Call Attendant’ button no longer exists as a part of the button layout above your head. Instead, it has been moved to the touch screen entertainment system that sits in front of you. It would be one thing to feel for the third button above your head and press it to get assistance, but it’s a completely different challenge to try and navigate an unfamiliar and identifying touch screen to find a virtual button. The gentleman had to ask the person beside him to help him find the button to then get assistance from one of the flight attendants. This again was not only inconvenient but removes the sense of independence one has.

From these instances and more, we decided we needed to find a way to solve this problem. Development in this area does exist, but it’s not catching up with technology at the speed that modern technologies are reaching consumers. We are here to bridge the gap.